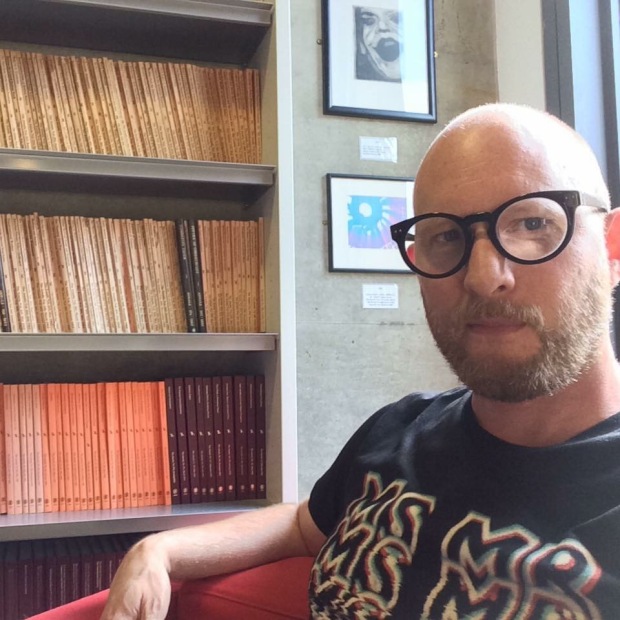 Today’s post is from Dr Robin Bunce, who is a historian of ideas based at Homerton College, University of Cambridge. He has written on politics and contemporary culture for the Huffington Post, the Guardian, the Independent, and the New Statesman.

I’m no monarchist. Back in the 1640s, Cambridge stood with Parliament rather than the King, and having lived in the city for more than 20 years, I guess I have picked up something of that spirit. Yet, the wedding of Meghan and Harry melted my republican heart. The combination of Gabriel Macht’s smooth Hollywood glamour, and Rose Hudson-Wilkin’s sure ecclesiastical authority was irresistible. The ceremony foregrounded the talents and voices of women, including many black women. Meghan herself stamped her authority on the proceedings. She was not ‘given away’, she did not promise to ‘submit’ or ‘obey’, and she walked down the aisle without a male escort. The wedding does not end racism in Britain, nor wipe away years of entrenched and institutional inequality. But Meghan’s entry to ‘the Firm’ seemed a statement of intent: the monarchy would change for her, she would not change for the monarchy.

As the Queen’s subjects celebrated perhaps the first feminist Royal Wedding, British evangelicals, at least some of them, gear up for an altogether more cerebral event: the Future of Complementarity, a Conference organised by THINK, a group with such chutzpah they always print their name in capitals.

A month or so out, what can we expect from the conference? The programme, circulated on 15 May, gives some clues. Alistair Roberts appears to be doing the bulk of the work. With a PhD from Durham, and a book Heirs Together: A Biblical Theology of the Sexesin production he’s eminently qualified for the job.

Roberts is a prolific blogger, and therefore, it is possible to anticipate the general outlines of his position. He writes on a frankly prodigious scale. While it would be possible to synthesise a general position from his various works, this runs the risk of creating a position which is not true of any one of his essays. With that in mind, I will try to reconstruct and critique Roberts’ view of gender as it appears in a single essay: ‘Why We Should Jettison the “Strong Female Character”.’ While this may not be wholly typical of his thoughts on gender, it does at least contain a broadly coherent argument, and, weighing in at just over 7,050 words, there’s a lot to consider.

Roberts’ essay focuses on contemporary cinema. The essay’s goal is to critique the trope of the strong female character, a response, he argues to the ‘social justice movement’, developments on social media, and the commercial logic of the modern film industry. Roberts claims that films which foreground female characters who exhibit predominantly masculine virtues are problematic, as they distort God’s natural order in a way which creates resentment among women, and demeans men.

Roberts’ argument gets into trouble immediately, as he fails to set out a metric by which the ‘strong female character’ trope can be measured. Without this, it is impossible to know if it exists, if it is a growing trend, or if it is typical of recent films.

Despite this fatal shortcoming, the essay is interesting as it sets out Roberts’ view of gender. Discussing Luke Skywalker in Star Wars, he writes,

Luke’s journey is a recognizably male one, emphasizing common masculine traits, interests, and concerns throughout: It involves an orientation towards combat, an exceptional interest in and aptitude with technology, a concern to protect women and deliver them from harm, and the existential importance of the male mentor and of the young man’s identification with his father.

Contrasting women and men, he writes:

Women’s greater natural orientation towards relational and caring activities leads to their underrepresentation within the more lucrative and powerful professions. Women are drawn to subjects and occupations that are more personal, artistic, and relational, while men to those that are more realistic, investigative, and thing-based.

Roberts is careful not to say that allwomen and men conform to type, but at the same time he builds his argument around typicality.

Referring to the work of anthropologist David A. Puts, Roberts pays some attention to natural differences in physical strength between women and men. Noting the existence of some exceptional women, he argues that ‘when we are dealing with the extremes of strength and performance, women simply cannot compete.’ Moreover, he argues that expecting women to engage in activities where men have an ‘exceedingly large’ advantage sets women up for failure, which causes resentment.

Roberts is on firm ground when he describes relative differences in physical strength. However, once he begins to consider the implications of these differences his argument quickly runs into trouble. The argument that ‘women simply cannot compete’ in tasks requiring extraordinary physical strength only holds water, if there is no alternative to the use of strength. In reality, a little ingenuity can negate even extreme physical differences. Lorry M. Fenner and Marie E. deYoung make this point eloquently in their discussion of a study conducted by the US Navy to determine the physical requirements of different tasks:

[Researchers] set up an experiment using typical forty-pound bags of mail. The bags were set on the mailroom floor, and postal clerks were told to weigh them. When the first clerk entered the room, he lifted each bag onto the scales on the counter. When the next clerk entered the room, she took one look at the bags and the scales, then moved the scales to the floor and proceeded to weigh the bags. . . . The researchers discovered that they would have to take creativity and initiative into account in setting physical job standards.

In this sense, real natural differences in strength do not imply a domain of male competence which is simply out of the reach of women. Whatever else we are, humans are tool using creatures, and artificial aids can make up for a lack of natural strength. ‘Give her a lever and a place to stand and a woman can move the world’, as Archimedes might have said.

The irony is that Roberts presents himself as a person committed to celebrating women as women. Yet he fails to recognise that while women may do things differently, they can, and do achieve the same ends as men, if they so wish. In that sense, Roberts’ gendered view of human domains leads him to argue that women should not engage in typically male pursuits, rather than celebrating women who do things their way.

What of Roberts’ view that depictions of women exhibiting physical strength in film make women feel resentment? In truth, there are so many problems with this argument it is difficult to know where to start. The argument rests on all kinds of assumptions about human psychology, assumptions that Roberts does not acknowledge nor defend. Suffice it to say that Roberts offers no evidence that film leads to resentment. What is more, in order to do so, he would have to conduct a full scale psychological study.

Roberts’ thoughts on gender difference are part of a broader perspective on equality. Notably, Roberts believes in equality in one sense, whilst rejecting other senses of the term. Roberts summarises his vision of human relations thus:

. . . a world in which women are the weaker sex, yet can still attain to the stature and dignity of full agents and persons—the true counterparts and equals of men . . .

However, he argues that this conception of, what could be called, “weaker but equal” is beyond the grasp of those who adhere to a ‘socially progressive’ ideology, and therefore assume that equality means ‘men and women are interchangeable’.

Roberts’ characterisation of ‘socially progressive’ ideology is easy to critique, on the basis that very few feminists, liberals or socialists believe that men and women are simply interchangeable. JS Mill did not believe this, nor did Mary Wollstonecraft, nor Angela Davis, nor Kate Millet, nor Hazel Carby, nor Germain Greer, nor Alice Walker.  Egalitarianism is wholly compatible with a belief in natural difference. The point is that natural differences should not determine a person’s social status, role, or be the basis on which society excludes them or limits their ability to flourish.

Turning to Roberts’ view, the first problem is that he believes ‘the strength and dignity of women to lie, in no small measure in the fact that they are different from men.’ Whilst this sounds progressive, it is important consider the implications. For Roberts, a woman’s dignity is contingent (in no small measure) on the extent to which she conforms to the characteristics which he views as essentially female. By definition, then, a woman who exhibits masculine characteristics loses her value – in no small measure.

The second problem with Roberts view, is that he does not genuinely value all of the characteristics he deems naturally or typically female. Indeed, he argues that some natural female characteristics are dangerous to men. He writes:

The push for ‘diversification’ and ‘inclusion’ can be a threat to many male groups because their natural rougher socializing tendencies are stigmatized, they are no longer permitted to play to their strengths, and their shared cultures and cultural products are jeopardized by a sort of gender gentrification imposed upon them.

Put simply, he argues that when men include women in their friendship groups, their relationships with other men and their ability to be men suffers. This is a significant change from the complementarianism of writers like John Piper. For Piper, women were created as the ‘helper’ of men. By this he meant that women were made to be men’s perfect partners. This is clearly not how Roberts sees things. Far from viewing women and men as complementary, Roberts, the apostle of complementarity, views women’s natural tendencies as a threat to male flourishing.

As a historian of ideas, Roberts’ theology is of real interest. My working hypothesis is that it emerges from two contradictory urges. On the one hand Roberts, quite naturally, wants to evade accusations of misogyny on Twitter. On the other, he is part of the post-Driscoll generation, who want to foreground a theology which celebrates heteronormative masculinity. The fact that Roberts ultimately fails to resolve this tension is no stain on his intellect, he has simply taken on an impossible task.

Speaking at Meghan and Harry’s wedding The Most Reverend Michael B. Curry gave a glimpse of what the world could be. Quoting the wisdom of people who were enslaved he instructed crowned princes on the importance of unconditional love. Unconditional love means accepting people as they are, not requiring them to conform to type, nor marginalising those who fail to do so. Roberts’ emphasis on the weakness of women is perplexing. We are all weak, it is God, not our gender typicality, that makes us strong. If complementarianism was the doctrine of ‘different but equal’, complementarity is the doctrine of ‘weaker but equal’ – that’s no improvement.

Sign up to receive updates from us by email!