Can you tell us a bit about yourself?

My name is Natalie Collins and I work as a Gender Justice Specialist.  I’m 31 and am a Northerner living in Essex with my fab husband and 3 excellent children.  I am working class, talk extremely fast and am allergic to small talk.

Tell  us a bit about your faith background. How long have you been a Christian? Do you attend church and if so, what denomination/church group/expression of church?

I grew up in a Christian home with parents who raised us to trust God for provision and who lived out deep faith commitment.  They also believed most things printed in the Daily Mail.

Through various challenges as a young adult I discovered parts of what it means to love God and be loved by God in ways that can only be found through deep suffering and pain.  We attend an Anglican church (though I am not an Anglican) and I would probably identify as a radical evangelical.

Tell us about how you first came to identify as a feminist.

Feminism enabled me to make sense of the abuse I had been subjected to.  It was when I discovered that there was an analysis which a) made sense of why male violence happens and b) how we change it, that’s when I began identifying as a feminist.

Have you ever struggled with perceiving a conflict between your feminism and your faith? Or for you, have the two always naturally sat together? How did you come to reconcile the two?

Jesus saved my life. Feminism made sense of my life.  So in many ways, no there hasn’t been a personal fight between the two.  However, I totally get why feminists find Christianity incompatible with women’s liberation. Feminism works as an ideology.  Christianity only works as a relationship with the Living God that leads to the Way of Life. I have to wrestle with the Bible and Christian culture and Christian people (I don’t literally wrestle with Christians, only ideologically, or metaphorically).  But on a fundamental level, feminism and faith have never been a difficult thing for me to hold as true for my life and for the world.

Are you/have you been involved in feminist/gender equality activism or initiatives?

Yes!  I have worked delivering domestic abuse education programmes for women. I wrote the DAY Programme, a youth domestic abuse and exploitation education programme and train practitioners across the UK to run it with young people.  In my work I specialize in addressing domestic abuse, child sexual exploitation, pornographies amongst various other things. I set up a campaign to address the abuse within the Fifty Shades series.  Within a Christian context, I am one of the founding members of the Christian Feminist Network and I also am part of Project 3:28.  I’m also really interested in gender reconciliation and earlier this year organised a UK workshop with Gender Reconciliation International. I tweet, write and speak on lots of aspects of feminism and faith.

Which feminist issues would you say are a key focus for you and why?

Male violence against women is the thing I am most passionate about addressing and also, within a Christian context, representing feminism in a way that challenges the patriarchy in the church, while also showing secular feminists that Christian feminism is not an oxymoron.

Has your feminism changed over time? If so, how?

Are there any particular women (‘famous’ or not) who you consider an influence or inspiration? What about women in scripture?

The Christian foremothers have been had a great influence on me; Cathy Clark Kroeger and Elaine Storkey amongst them. My daughter Megan is a massive influence and she inspires me to believe and hope for change. My dear friend Sue King who is an older woman and a Marxist feminist has challenged and encouraged me in so many ways over the years.  I love her a lot. Also my lovely friends Jo and Cath, who love women with all their being. And a wonderful woman called Jenny Parnham, who thinks deeply and has a massive vision for girls. Ah, once I start thinking about all the women I love and who inspire or influence me, I could go on forever!

If you’re involved in the secular feminist movement, how do you think being a Christian feminist is viewed, in general? What experiences have you had?

I think it’s changed in the last few years. I feel a sense of trepidation, like telling feminists that I’m a Christian is a sort of “coming out” in that space.  But I’ve never been treated unkindly for it. Even women who have told me they can’t follow my twitter account because of the God stuff haven’t been unkind. Feminism isn’t Christianity and so the two things are never going to be One Thing.

What attitudes towards feminism have you experienced from other Christians and the church?

I was in a church once where the leader said that feminism was spiritually evil. My mum took a long time to come round to the idea that feminism could be good as she was extremely committed to the “pro-life” cause and so feminist was synonymous with “baby killer”. I’m so deeply feminist now that I’m mainly oblivious to Christians who are anti-feminism. Some of my best friends are Christian feminists and I am in a really blessed position of knowing loads of people who are a Christian and get feminism, so I guess I’ve made Christian feminism my “norm”.

What do you think about the current ‘state of feminism’? The last decade has seen the movement gain higher profile again and we’ve seen a lot of successful activism. What’s your take on it all?

I think there’s a lot to celebrate, but there’s also a lot to be concerned about. Patriarchy is always subverting feminist ideals to further its own purposes. Popularity is always on the side of the powerful and so there’s a questions about whether the popularity of feminism has degraded it, diluted it and undermined the primary goal of feminism, which is women’s liberation.

I think that there are lots of ways that feminism is being controlled and dominated by issues and voices that are not, at core, feminist. But I also think that the rise of feminism has enabled change e.g. the end of Page 3, preventing Ched Evans being re-employed, keeping women on banknotes, making the struggle of women visible.

I believe that there is a prophetic move towards women’s liberation that has been happening over the last decade and so I think some of what we are seeing is God moving (often with non-Christians getting it more clearly than Christians).

What do you think the church could do better on in terms of gender issues? Are there any particular issues you would like to see more of a focus on?

I think there’s things I’d like to see a focus on and then there’s things I’d like to see the focus reshaped. I think things are changing in terms of women’s representation, mainly through the hard work and dedication of women and men to see things change, and then in the last few years, with the Project 3:28 statistics that are released each year detailing the gender balance on the national Christian platform.

I’d like to see a reshaping of the focus on trafficking, pornographies and the Christian white saviour complex. The issues of trafficking and pornographies are massively complex and the response must include a deep feminist analysis of the issues, which is sadly lacking in the majority of Christian responses to these issues. I guess the ideal would be that feminist analysis and practice would be mainstreamed through the social justice elements of Christianity.

Could the secular feminist movement do more to be inclusive of women of faith? If yes, what do you think might help?

Yes. I think feminist events could seek to ensure the voices of feminists of faith are included in their work, just as other intersectionalities are. I think articles, blogs, seminars and talks which discuss feminism and faith would be great. I’d also like to see it ensured that the majority of content published about faith and feminism is written by feminists of faith. 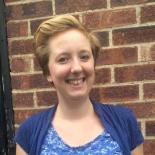 Natalie Collins lives in Essex and works as a Gender Justice Specialist.

Sign up to receive updates from us by email!